Where the original American Joe glistened, all vibrant silver and Detroit steel, the Midnight Edition is a fully blacked out pistol finished in Cabot’s Black Ice DLC, a nano-layer of diamond-like carbon applied to the Midnight Edition using a plasma-assisted chemical vapor deposition process. This makes the pistol’s finish beautiful but also extremely durable and scratch resistant… not to mention totally awesome.

The blackout treatment extends to the hammer, beaver tail, grip safety, barrel, and signature Cabot Tri-Star trigger. The Midnight Edition also features custom serial numbers. For 2019 they are JOEBLACK 1 through 10. 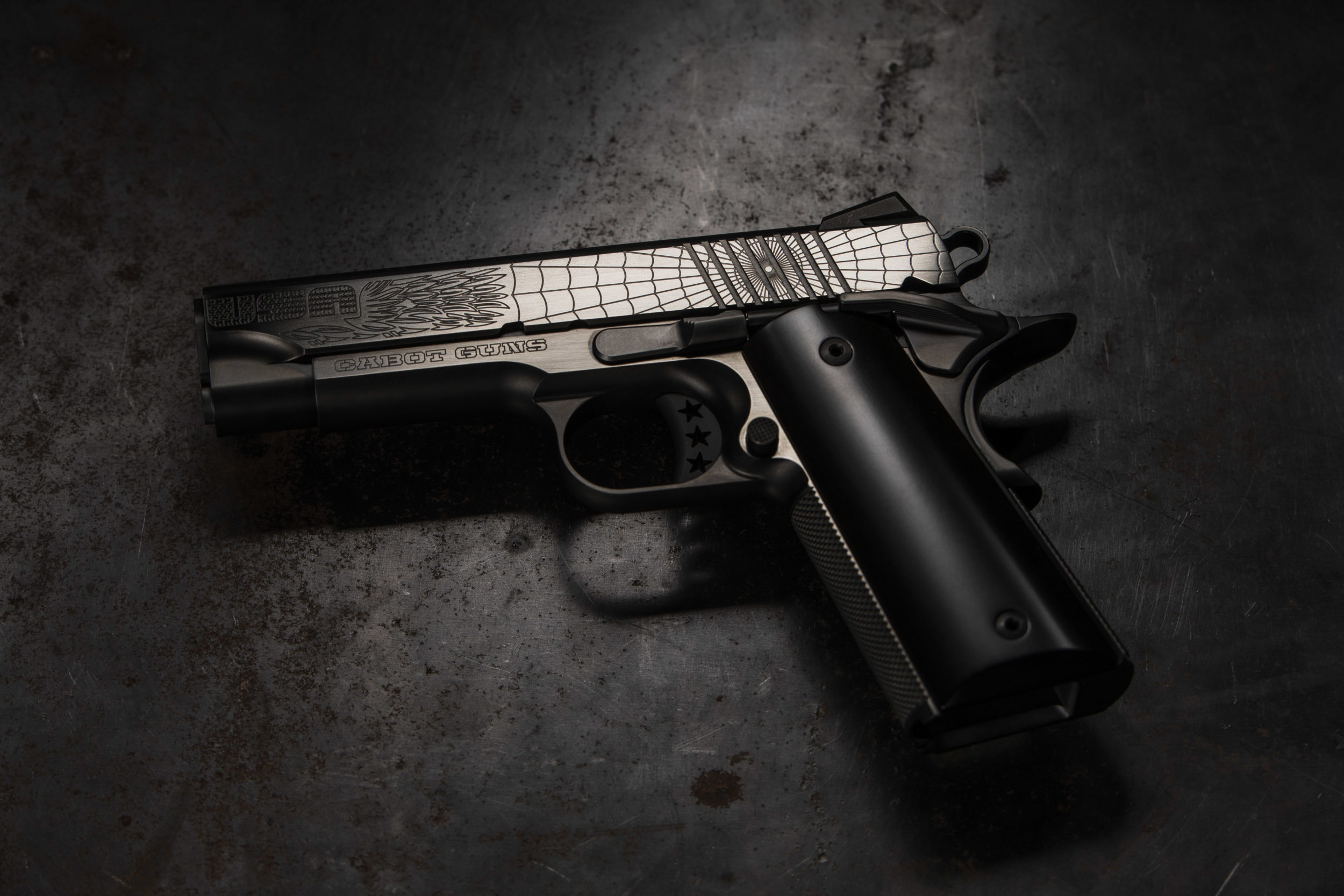 Grasp the Cabot American Joe Midnight Edition by its piano-black ebony grips, as comfortable as a black leather jacket. Gaze along the precision-cut slide engravings, reaching into the distance like Route 66. There, like the sun setting over the Pacific, blazes the diamond front sight. That’s right. The Midnight Edition is equipped with a genuine diamond front sight to help you put every round on target. What else would you expect from a new American icon?

But don’t blink. There are only three of this year’s 9mm Midnight Editions remaining, so reserve one now and secure your own slice of the American Dream.

A popular design from Cabot Guns—the American Joe 1911 pistol—debuted in 2012. Back then, Cabot commissioned rock star designer Joe Faris, an American fashion icon, to devise a concept that captured the spirit of hard work, innovation, and freedom on which America is built. Cabot’s collaboration with Faris blurred the lines between firearm engineering and art, and became a sought-after piece of Americana that still serves as a fitting tribute to the enduring strength of these United States.

A spider’s web is one of the most complex patterns in nature and even though it’s broken down every day, the web is built anew each night. In America—and at Cabot Guns—we tirelessly innovate, just as our forefathers did for generations.

It is that spirit of innovation that sets the American Joe Midnight Edition apart.

Our limited run of 10 American Joe Midnight Editions are sold out for 2019.  If you wish to join our VIP list and get emailed about limited edition Cabot 1911’s before they are available to the general public, please fill out the form below or call us at (724) 524-1002 for early access.